Matt and I have discussed the issue, and our schedules haven't been all that kind to us this week. Therefore, we will not be recording this week (which has already passed anyway), or next week (November 28). Ideally, we'll be able to sit down and record again on December 5 and I'll be able to release the episode a week later so you can have more current news and analysis than you've been getting. I have to apologize for that. I was not getting you the episode quickly enough that we could give you the most up-to-date information Palladium had available. But I'm planning on changing that from now on.

In other news, I have a question. I know everyone who responded to the poll on Google+ thought a Google Hangout or some other sort of get together would be a good idea, so I thought I would ask another question. Do you like the update frequency as it stands, or would you like to see more (or less) content? We can write two or three quick updates each week, one each week including weeks we release an episode, or just on the weeks we don't release an episode. Or we can just keep the status quo. If you have a preference, please leave a comment below and let us know. Otherwise, I'm just going to do it whenever I want, and that might get a little annoying for people out there.

Carry on, citizens.
Posted by Unknown at 8:50 PM No comments:

The Wrath of the Technology Gods...Again

Through events entirely outside my control (software/hardware failure), Episode 9 will probably not be coming out this week. I'm still holding onto hope I can figure out a solution that will fix everything, but it doesn't look promising. Essentially, I'd have to go through the file second-by-second, and fix it at an even smaller scale. When you're looking at an hour or so, we'd be waiting until next summer.

So, we're considering two options. I think we're going to maintain our normal recording schedule, but adjust the release back a week--so, we'd record this week and release next week. Or, we may decide to continue the previous schedule and just call this a one-week hiatus. Or you can just figure that the special episode is number 9. It's up to you, really.

Anyway, let's get a little listener/reader engagement! Look at the photo below, and build it into an adventure. It doesn't matter what game setting you use (or system, for that matter), just say what system and setting, and describe how this setting shows up. How do your players come into the setting? How is it important? Comment below or tweet at us. 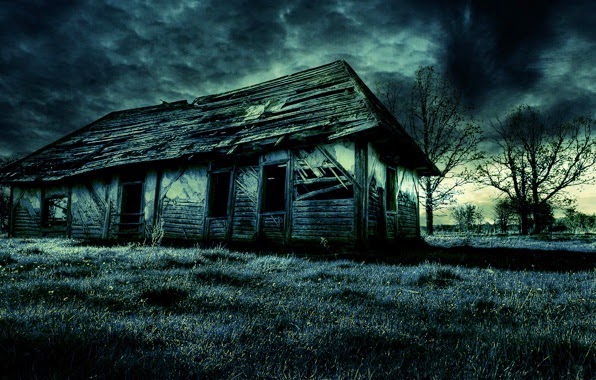 Carry on, citizens.
Posted by Unknown at 8:34 PM 2 comments:

The Coalition Propoganda Department Coalition States Department of Awesomeness would like to remind you that the book, Chicks Dig Gaming has been out for a little less than a week. Since its release, it's hit Amazon's #1 spot for the Gender Studies genre, which is a great accomplishment. Not just for Mad Norwegian, but for the gaming community at large.

If you haven't already, check it out. Amazon has it at a discount, but as an author, I always recommend trying to buy directly from the publisher, if possible. But hey, that's my opinion.

I have to perform a mea culpa of sorts, though. I mentioned in the recording that I didn't think there were hard copies or that you could only get them through print-on-demand, I think I was wrong. It seems the Amazon Marketplace has paperback copies available, so you can probably also get those from the publisher.

Whether you look at my Amazon review or listen to this episode, just know that although I gave it four stars, it is a great book. Some people get it into their heads that only a five-star rating is satisfactory, or that they will only read books that get five stars. Don't be one of those people. Be one of the people that contribute to the discussion by actually reading the book and leaving a review of your own.

Anyway, that's the end of my rant.

Carry on, citizens.
Posted by Unknown at 10:37 PM No comments:

Episode 8 - The Order of the Pants

First of all, let me again apologize profusely for the delays in getting this episode to you. There was a little bit of trouble with a Xiticix hive near our location, but we've naturally got the situation well in hand.

We also delve into two different topics for this episode, although we got the normal order confused. First, we get to the Job Fair, where we discuss the Necromancer O.C.C. Apparently, they're not all evil...

And since we have someone of the female persuasion on the podcast, Matt and I were also naturally eager to learn a little more about how to best make gaming accessible to women--and more than that, how to make it enjoyable enough that they will want to continue doing it and make it less and less a "guy thing."

Until next time, keep your dice rolling.

Carry on, citizens.
Posted by Unknown at 8:45 AM No comments:

Sorry about this, but life has been quite hectic. I'm hoping to have the newest episode posted sometime today, but don't hold me to it. Regardless, this episode is well worth the wait.

If you'd like to support the podcast by donating something from our wishlist, click here. Thank you so much!